Stone me...Joss comes to The Rainbow! 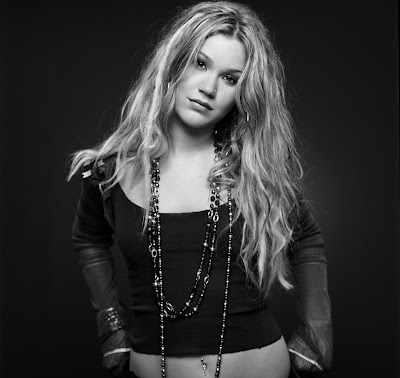 Regular readers will know of my love for The Rainbow. Home to many of Birmingham promoter Kamikaze's best nights, it's seen some of the biggest up and coming stars play there in the last year or so (Ladyhawke and La Roux to name just two). But this...this is something else. International soul legend Joss Stone - yes...THE Joss Stone...the 10million album selling Grammy award winning Joss Stone...is playing The Rainbow on Monday 23rd February. This ain't a wind up...it's (as far as I can tell) a low key warm up gig to debut tracks from her as yet untitled new album. Suffice to say that tickets will be as rare as a bankers' bonus (hell...I might not be able to get in and I practically live in the place). They're on sale now at Ticket Web...well...what are you waiting for?
Posted by The Baron at 2:45 pm

Hello friend! Wondering if you were ever able to find some tickets to see the show?

Have a friend who will be there in town to see Joss, and was concerned that tix might not be available.

Said u practically 'live in the place,' so if u have any info/updates for us here, it would be appreciated.

Yes indeed! At the time of writing (23rd Feb 9.00am) there are still a few left via the Ticket Web website...here's the link!

And if you'd like to support your local, Birmingham based ticket agent, TheTicketSellers, we have some left too!
We checked it out and it's no joke - an industry event for just 300 people...
https://www.theticketsellers.co.uk/buy_tickets/events/?id=10006386&ref=HAMo

Thanks guys! Damn, missed the gig (am located @ present in the US) but will look forward to reading the review.